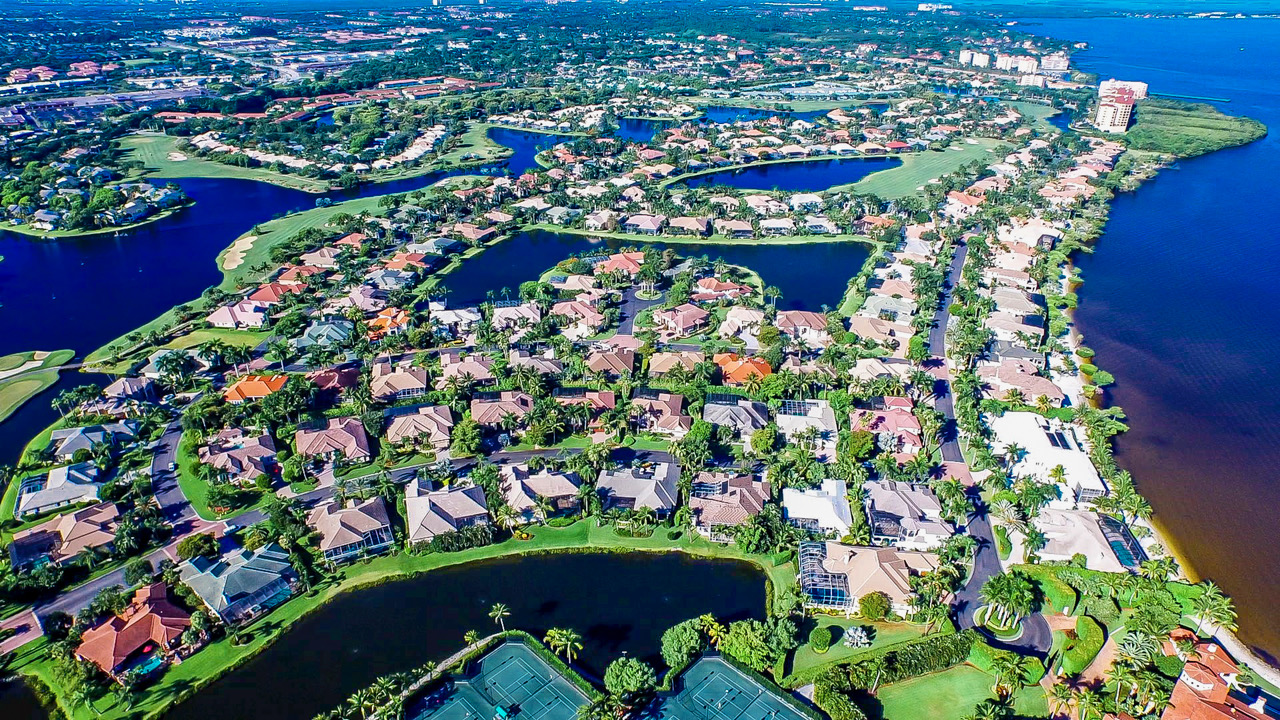 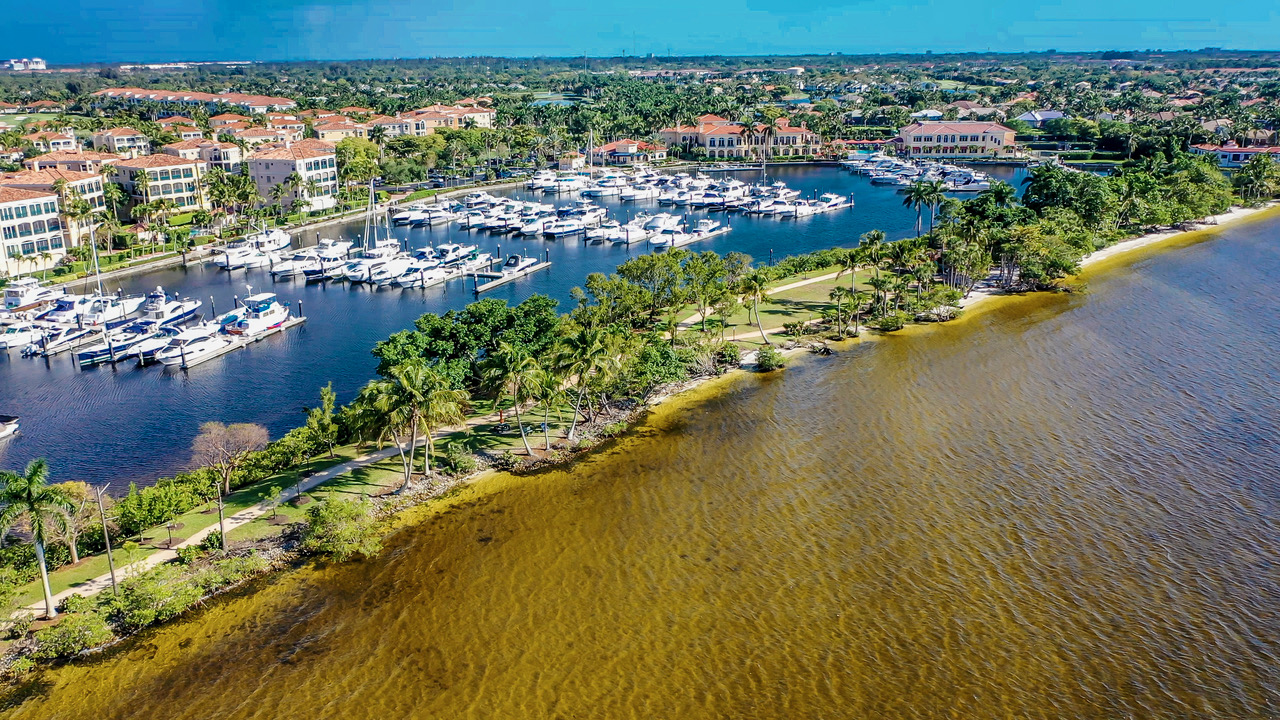 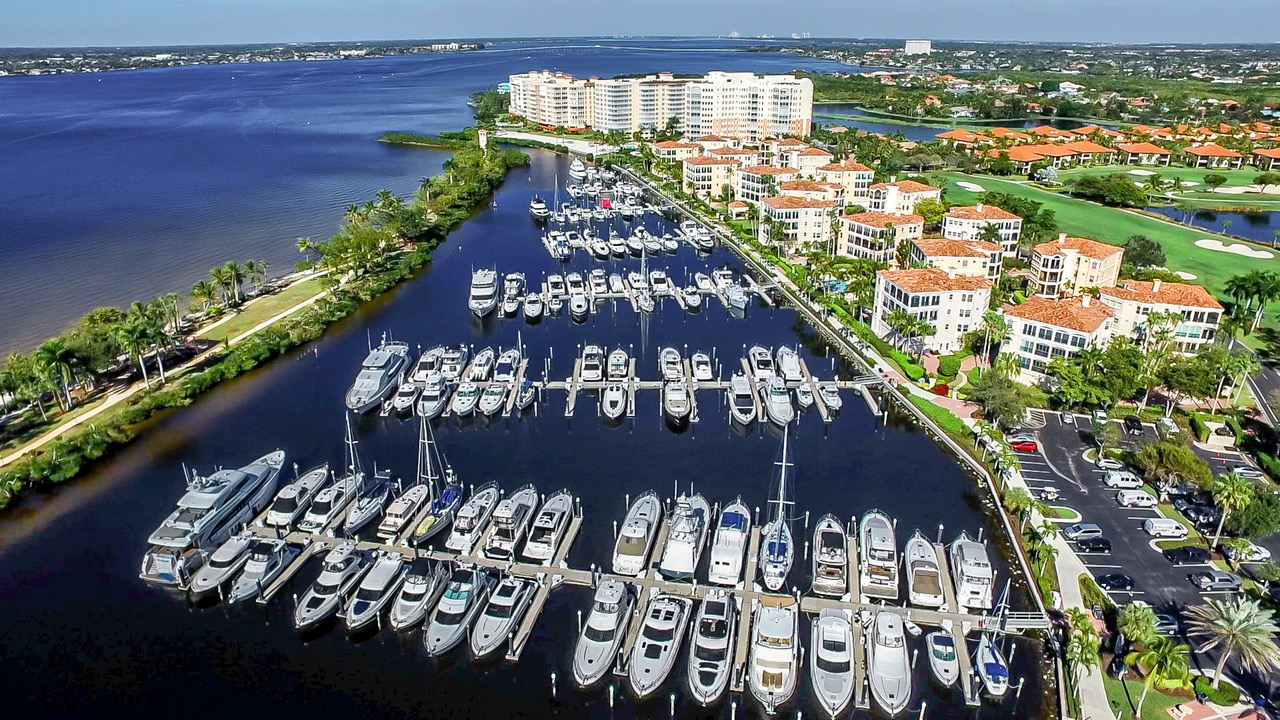 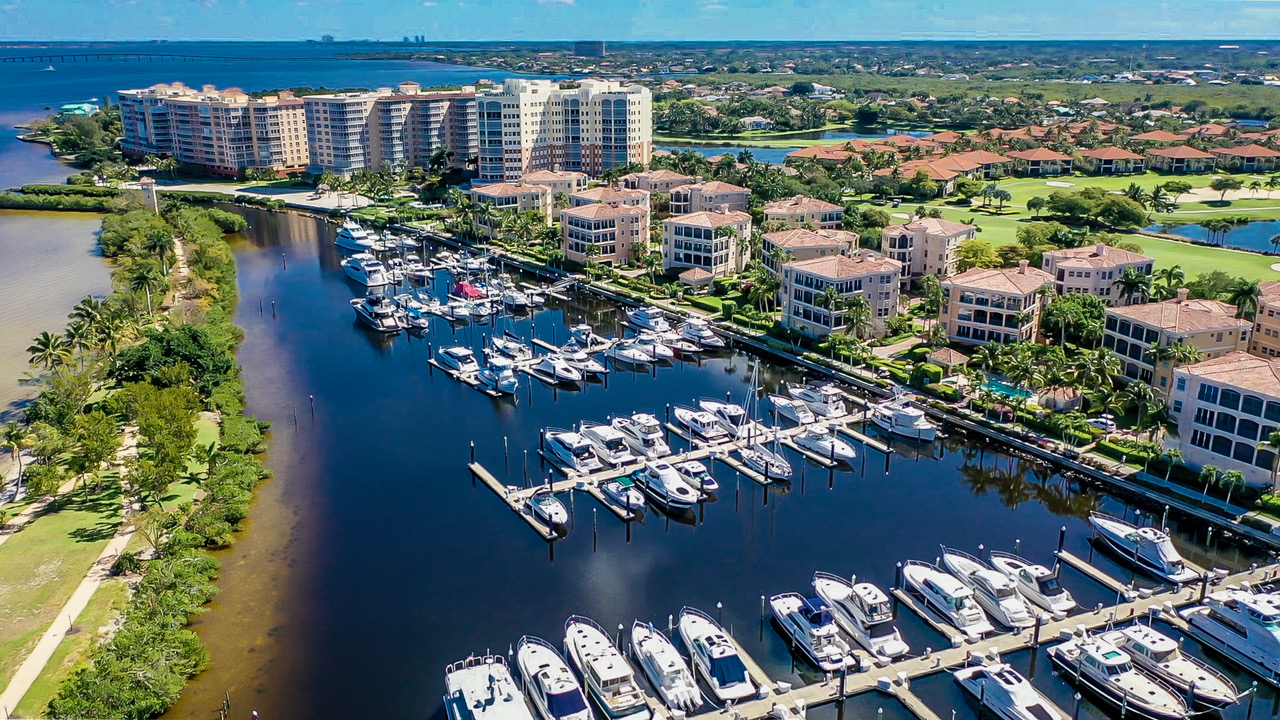 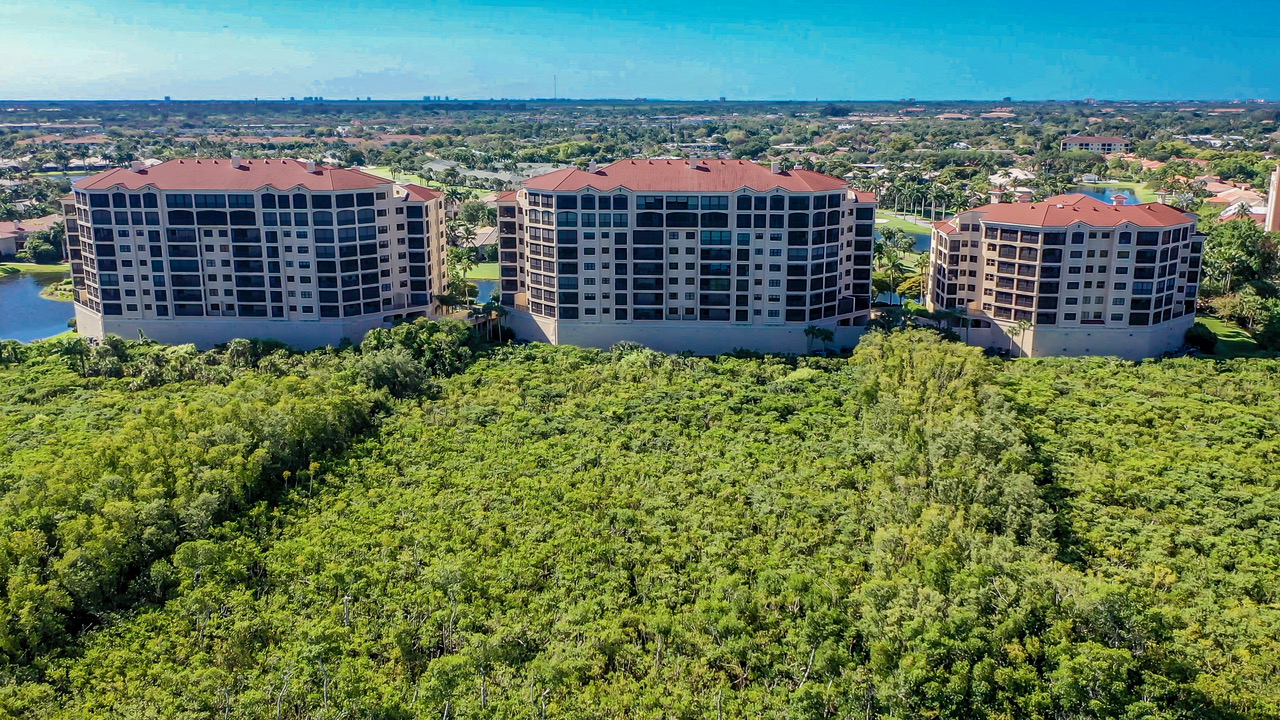 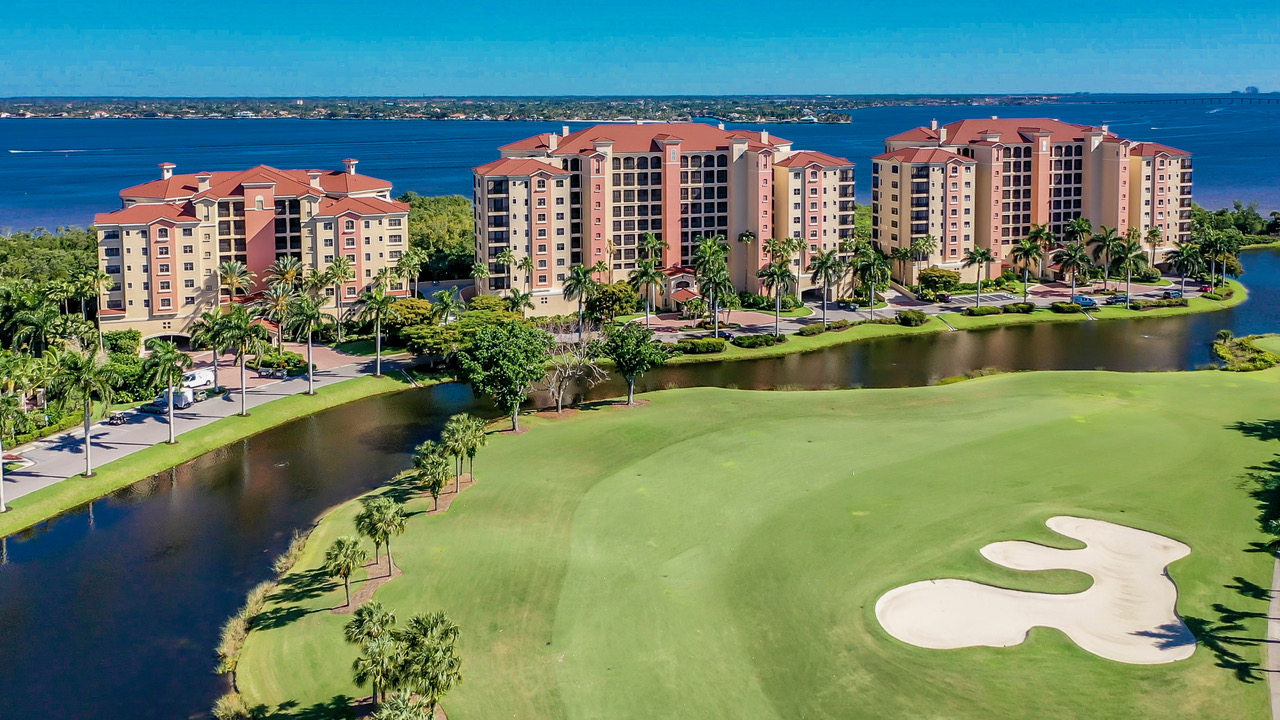 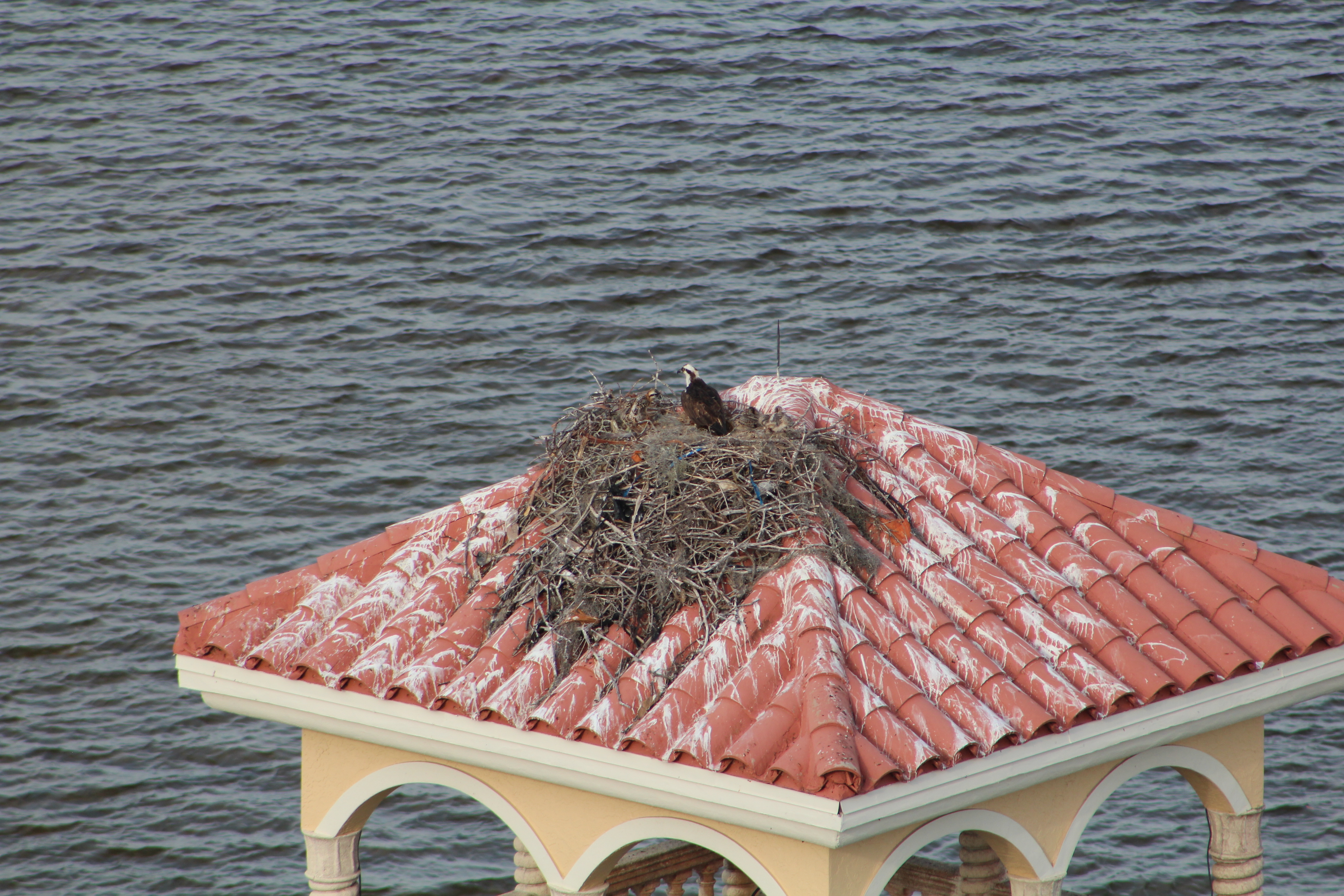 The first time you enter the gates of Gulf Harbour Yacht and Country Club may be the beginning of a lifestyle you have dreamed of for years.  Twenty-two neighborhoods lie within this 547-acre gated community that borders the Caloosahatchee River in South Ft. Myers.  With over 1600 homes, snowbirds and full-time residents alike have a choice of condos, townhomes and individual homes in a price range from one hundred sixty thousand to 7 million dollars.

Of the 22 communities in Gulf Harbour, 10 are comprised of individual homes.  The largest of these communities is Edgewater Estates, a gated community which has 199 single-family homes.  The majority of these homes have swimming pools and two, three and four car garages.  The price of an Edgewater home ranges from $800,000 up to $7 million for some riverfront homes on the Caloosahatchee River.

Similar to the homes in Edgewater, Seaside Estates has 38 one and two floor homes with multiple garages and most with swimming pools.

Another gated community is Admiral's Isle which consists of 11 homes.  These homes were constructed around 2002 and feature four and five bedrooms and three car garages.

The first community after entering Gulf Harbour's main gate is Marblehead Manor.  The eight homes in this community were known as Model Row when Gulf Harbour was being built.  These homes vary in size and features.  Although most have lanai pools, some of the homes have courtyard pools.

The remaining six neighborhoods of individual homes are located in the southern part of Gulf Harbour.  Three of these communities, Osprey Landing, Osprey Point and Crescent Cove, are similar in size with two and three bedrooms, two car garages and most have swimming pools.

Mill Pond, Sagamore and Crooked Pond communities have the smallest individual homes in Gulf Harbour.  They are all single story with two and three bedrooms, attached garage and a community swimming pool.

Farther down the river is Palmas Del Sol, three high rise condominiums offering river and golf course views.  The size of these homes range from 23 hundred to over 3 thousand square feet.  Two car garage parking is under the building.  There is a separate community clubhouse located next to the swimming pool.

Popular with Gulf Harbour residents are the mid-rise condominiums consisting of Harbour Landings, Harbour Links and Bellavista.  Harbour Landings borders the Marina and has a home on each of the three floors.  All condos are serviced by an elevator that opens into the home.

Similar to Harbour Landings, Harbour Links is another popular mid-rise condo community.  These condos are not as large as Harbour Landings and the square footage varies, depending on the floor plan.  The second and third floor units also have elevators that open into the condos.

Bellavista is the third mid-rise condo community in Gulf Harbour and is comprised of five buildings with fifteen homes in each building.  The first floor of each building houses the garages.  There are three floors above the garage level and each of these floors has five condos.

Gulf Harbour also has two coach home communities, Coronado and Mariposa.  Mariposa is the largest of the two communities with 104 homes to 80 for Coronado.  Both communities have 4 homes in each building with Coronado homes averaging about 400 square feet larger.

The four remaining communities are the two floor condos with a home on each floor.  Two of these Grande Cay and Tamarind Cay, are almost identical.  They have similar floor plans, are identical in size, offer 1 and 2 car garages and have community pools.  Of the two communities, Tamarind Cay is the largest with 174 homes to Grande Cay's 114.

The condos with the smallest floor plans are Longpond Village and River's Edge.  They are adjacent to each other and offer floor plans up to twelve hundred fifty square feet.  Both neighborhoods have carports instead of attached garages.  Each community has its own pool.

As you can see, Gulf Harbour has something for everyone.  New residents learn quickly how friendly Gulf Harbour is.  It is a community where a golf cart is the vehicle of choice when using the club's facilities or socializing in Gulf Harbour.  Also, Gulf Harbour is close to exceptional shopping, dining, entertainment and cultural centers.  Ft. Myers Beach and Sanibel are only minutes away.  Even in season, Southwest Florida International Airport is less than a 30-minute drive.

Privacy, convenience, a variety of neighborhoods and a country club that is one of the most highly rated clubs in Southwest Florida are some of the reasons why you should choose Gulf Harbour as the address for your dream home in paradise.